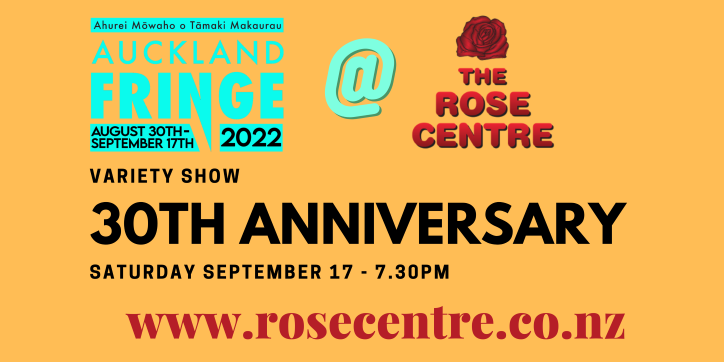 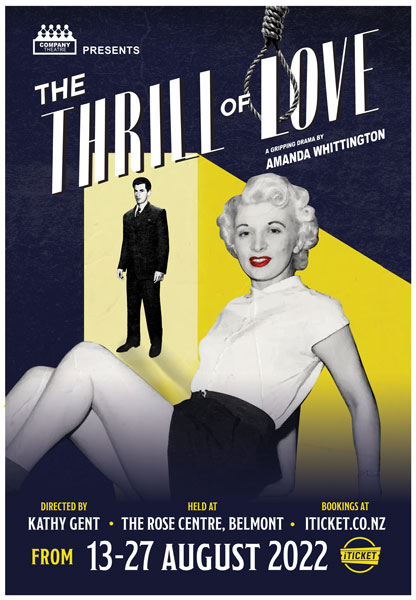 The Thrill of Love by Amanda Whittington
Directed by Kathy Gent

Variously described as a Blonde Bombshell and a Femme Fatale, Ruth Ellis famously became the last woman to be hanged in Britain in July 1955. This exciting play that premiered in February 2013, explores the lives and relationships of the beautiful, sassy and smart women who sought an escape from poverty in the perceived glamour of the London nightclub scene.

If there’s one thing that fascinates us more than a blonde bombshell, it’s a blonde bombshell who doubles as a criminal. Ruth Ellis who calmly confessed to shooting dead her lover David Blakeley on Easter Sunday 1955, was the last woman to be hanged in Britain and has been a source of lasting fascination ever since. Whilst Ellis pleaded not guilty, she offered no defence and sealed her own fate by declaring whilst on oath: “It is obvious that when I shot him, I intended to kill him”. “No further questions” came the withering reply. The case, and the public outcry that followed eventually led to the abolition of the death penalty in Britain. Certainly today, a court would have taken longer than 15 minutes to convict and condemn – but sexual abuse and domestic violence were not acknowledged or named and so could not be used as a defence.

Set to an achingly beautiful Billie Holiday soundtrack we are led by Detective Inspector Jack Gale, in film noir style, through the extraordinary events before and after the notorious murder. You are cordially invited to the Rose Centre, to meet the women who are dreaming of Hollywood rather than Holloway.

Fringe Festival - Coming to the Rose - Watch this space.

Tuesday 30 August, 8pm
To Launch the Fringe   'The Dice Show' with Steven Lyons

Steven Lyons (NZ Comedy Guild Nominated Best MC 2019) has performed comedy around the globe and likes to make comedy hugs for your ears with his absurd yet empathetic word play and views on life. Fast paced improvised stand up. A stand-up show like you’ve never seen - comedians make up comedy on the spot, just for you. They delighted during Whangarei Fringe 2020, Auckland Fringe 2019 and HA! Festival 2019 and were nominated by the Nz Comedy Guild for Best Show 2020 & 2019 as well as Best Improv Group 2020. Six captivating comedians hit the stage with no idea what they’re performing. Watch as their ease or struggle is set with a Roll of The Dice (Thunder crash!). 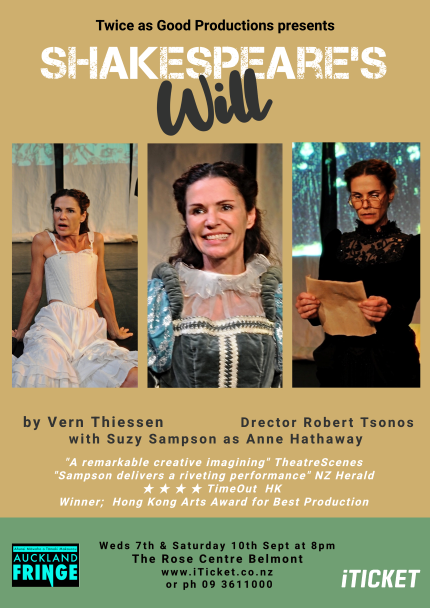 Returning home from her husband’s funeral, with his Will and Testament in hand Anne Hathaway is overtaken by nostalgia and begins to reflect on her life with and without the world’s greatest Playwright and Poet, the man she fell pregnant to when she was 26 and he was only 18. Anne’s love for “Bill” and her dedication to their 3 children leaves her shocked and confused by the contents of his Will......

Very little is known about Anne Hathaway and “Shakespeare’s Will” sits somewhere between fact and fiction. Canadian playwright Vern Thiessen confesses to having played fast and loose with the will and its meaning, using it “as a springboard for my own imagination and artistic goal – to explore the journey of a woman who faces adversity, rises above it and ultimately rekindles life in herself.”

“An absorbing and timely tale that is well worth contemplating” TheatreView 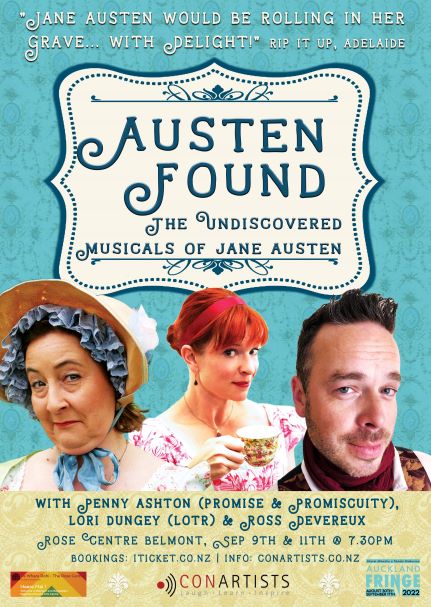 Saturday 10 September, 6pm
'Confessions of a Masseuse' 18+
Bookings at www.aucklandfringe.co.nz

Become a fly on the wall inside a sensual massage room and bear witness to the raw and intoxicating need for human connection and touch.Journey with us into a dimly lit, private and confidential room and draw the curtains.Contrast is rife here. Grief and joy, kindness and cruelty, truth and lies, desire and rejection, fear and relief. Is this taboo service that offers skin to skin connection - a dirty secret, or a needed therapy in a disconnected world? Confessions Of A Masseuse is an unapologetically risque live theatre performance, with added elements of live music and film to create a dynamic and emotive experience. 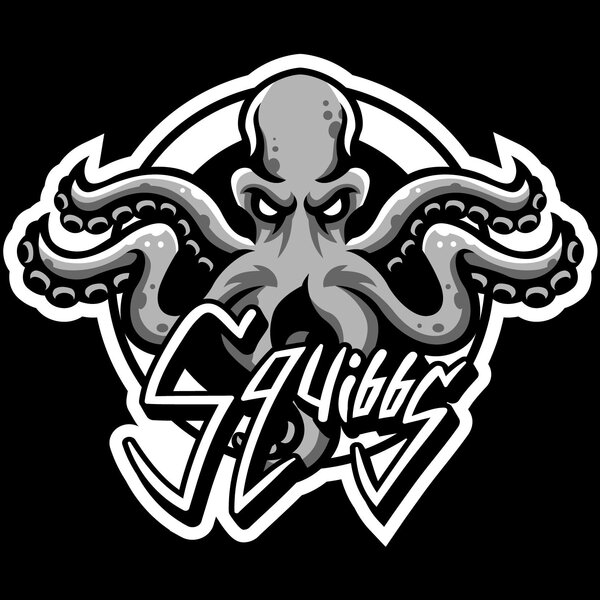 Klutch productions is proud to present

In the lead up to the anticipated release of Squibbs sophmore album "Squibbs II" the auckland based songwriter and producer invites friends, family and fans to the Rose center theatre for 1 night only Witness what its like to engage with the machine that is the music industry and watch the rise and fall of Squibbs unfold in the space of 20 minutes before your very eyes 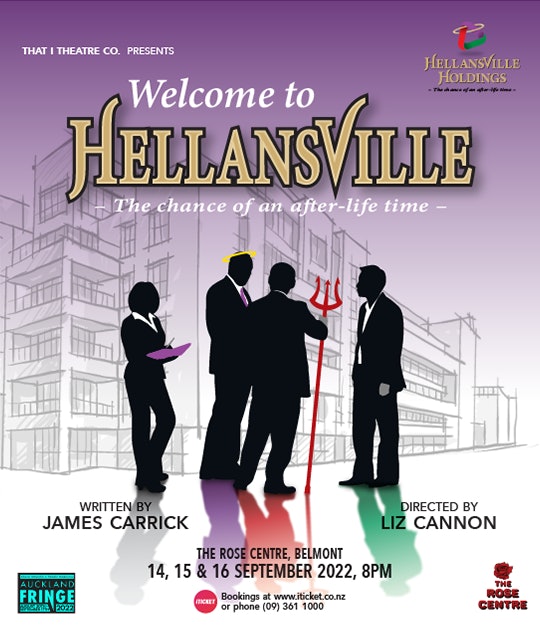 That I Theatre Company proudly presents 'Welcome To Hellansville', a hilarious yet thought-provoking one act play written by James Carrick and directed by Liz Cannon. This dark comedy premieres at The Rose Centre, Belmont as part of the 2022 Auckland Fringe Festival.

Starring Jimmy Carrick, Ben Plummer, Suzy Sampson and Duncan Preston, the play delves into one of humanity's darkest questions, "Where do we go when we die?" Join the Angel, the Demon and the Atheist as they battle with their varying opinions on what is, what was and what could be, all under the watchful, omnipotent eye of the mysterious Maureen.

Hilarious and highly tongue-in-cheek musings abound, with 'Hellansville - the chance of an after-life time' offered as a solution to the issues faced by Heaven, Hell and the world in general; overcrowding, all the wrong souls and far too many vegans.

*The final show will include a post-show cheese and wine event where you are invited to a Q&A session with the writer and director. 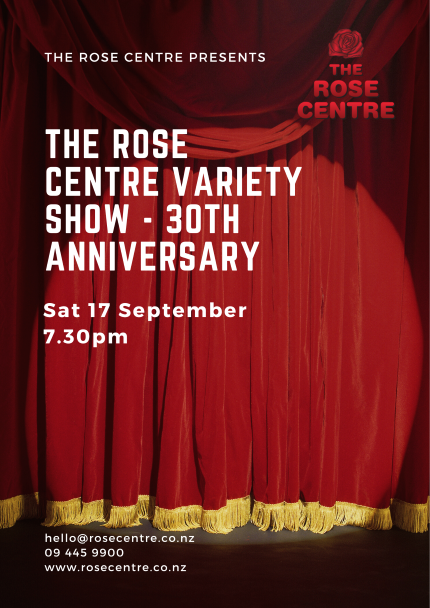 Join our Newslatter
We use cookies to ensure that we give you the best experience on our website. If you continue to use this site we will assume that you are happy with it.Ok